As part of my university final year project, I created both the software and hardware for an 'intelligent alarm clock', along with a 80 page report and a presentation/demonstration.

Taken (partly) from the reports abstract: "Ubiquitous computing is the concept of computers appearing everywhere, anywhere, and being accessible all the time. More specifically it involves taking everyday objects and then 'computerising' them. The goal of this project was to computerise a standard alarm clock, it involved allowing the alarm clock to be connected 24/7 to the internet and be able to perform a number of intelligent tasks, such as lighting up a specific colour when a new email is received. The aim was to create a device that is both well functioning and useful to everyday life."

The project incorporated the use of a Raspberry Pi, which was wired up to RGB LED's, switches and a motor, which was all placed inside of the pre-brought alarm clock. I wrote Java software which was to be run on the Pi which allowed the Pi to manipulate and control the alarm clock. Another piece of 'client' software was wrote which allowed for it to connect to the software running on the Pi to be able to change settings, such as when to sound the alarm or to configure an email alert. Further functionality was added such as to listen and understand Tweets from the owner of the clock so to set an alarm, for example 'clock set an alarm for 9am tomorrow and flash green' would make the clock save the event. Throughout the project methods such as HCI design, unit + user testing, and prototyping was used. 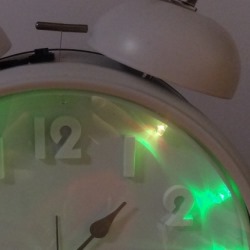 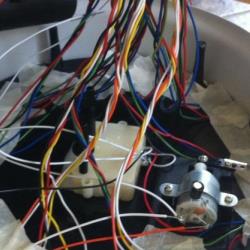 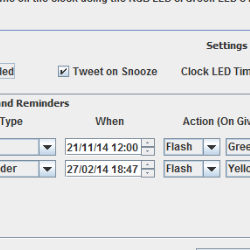 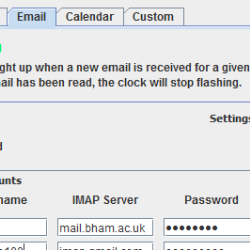 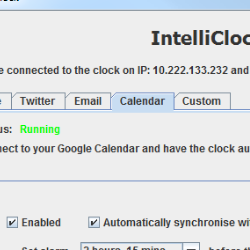 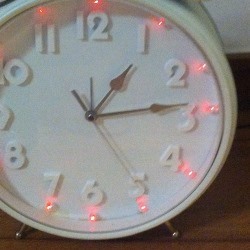 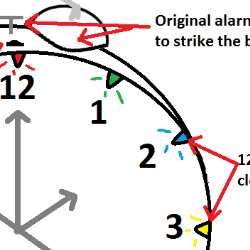 A video demonstration of the clock working: